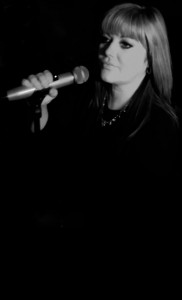 Scotland has produced some great female singers over the years – but few have been as soulful as Kim, whose early musical influences came from Diana Ross and Aretha Franklin.  Kim’s versatile voice has enabled her professional singing career to cover a wide range of musical styles – from jazz, Motown and R&B through to current chart hits.  Kim’s vocal talents have taken her from cruise ships in the USA to several appearances at Scotland’s own ‘T in The Park’ festival; providing backing vocals for Dundee band ‘The View’ whose lead singer, Kyle, is Kim’s brother.